Doctor Who and the Afterlife 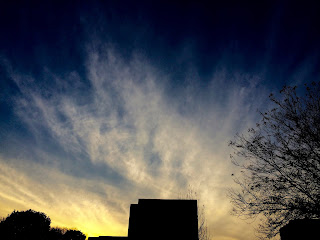 Doctor Who is a science fiction program on the BBC that revolves around the relationship of the Doctor and various companions as they jump around different universes through time and space saving people, planets, and whatnot. Clara is one of the companions who remind him of his values and keep him in line. They travel in a blue TARDIS (Time and Relative Dimension in Space), which looks like an old, British police telephone box from the outside, yet is enormous on the inside.

If you’re new to the Whovian Universe, you’ll probably miss some of the references in the episodes to what happened before and to previous incarnations of the Doctor. The writers like to do this a lot. In addition to the interesting storylines and characters, I also like the philosophical riffs, although sometimes I like them so much that I continue thinking about them, miss where the story went, and have to scramble to catch up.

At the end of one season, Clara dies. Probably. She dies because of a misunderstanding. She transferred the death sentence on an innocent person to herself, and expected the Doctor to do something to save her, which he always did. Her act was one of compassion, not sacrifice, and she was caught in a scheme to nab the Doctor, and the Doctor could do nothing to save her from the Raven of Death.

But is Clara really dead? Clara is an unusual Who companion in that she has died a number of times over the centuries yet keeps coming back in new incarnations. In one of them, she leapt into the doctor’s time stream and multiplied into a thousand versions, so, theoretically, she could keep returning for a long time.

Clara’s reappearance after her death by raven touches on the afterlife, or at least the part where one’s spirit hangs around here for a matter of weeks or months, which many religions believe, before heading off for the next place. Forget the four billion years Clara that has been dead when we step back in time in the “Hell Bent” episode to borrow her just before she died. It’s the afterlife diner scene that intrigues me. (Diners kind of exist in a time warp anyway.)

The Doctor walks into a diner where Clara is the waitress. In their conversation, the doctor says he would know Clara if he ever saw her again, although he can’t remember what she looked like, because his memory of her has been wiped clean. While Clara knows who he is, and wants him to recognize her, apparently there’s a rule that she can’t tell him. He doesn’t pick up on the “Clara-ness” of the waitress, and doesn’t recognize her caring, wit, or notice her tears, details he always noticed before.

Would we know our loved ones if they stopped back for a visit and spoke through a stranger, or would we be so blind with grief that we also wouldn’t notice?

As for the doctor, he is having trouble grieving someone he can’t remember. He knows that he misses her, and that she told him something he needed to remember, but he just can’t put his finger on what it was. He’s left playing Clara’s melancholy song on his electric guitar.

How much does our grief reside in the spirit of the person and how much is tied to the details—the experiences we shared, their prized possessions, hobbies, favorite foods, and music? Without specific memories, would we grieve as deeply? Would we grieve at all? Maybe we would also be left with a vague sense of missing someone we think changed our lives completely around.

And what about us? If we knew that we would continue to exist in an Afterlife, would that change how we live our life here, especially if entrance is based on the kindness and compassion that we show others?

Posted by Mark Liebenow at 8:15 AM